INFUSION16 offers many opportunities to network with industry collegues. It’s your chance to engage with McElroy engineers, sales and marketing staff and tour the […] 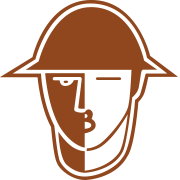 PBOG reached out to three oilfield pipe companies for their perspectives on the downturn. Here are their stories. by Tony Burke   Oilfield service […]

We believe that fusible plastic piping is the answer to the world’s growing infrastructure needs. INFUSION15 is the place to connect with like-minded experts […]

Patented in 1919, Victaulic is the originator and world’s leading producer of mechanical pipe joining solutions, including grooved fittings and couplings. Originally known as […]